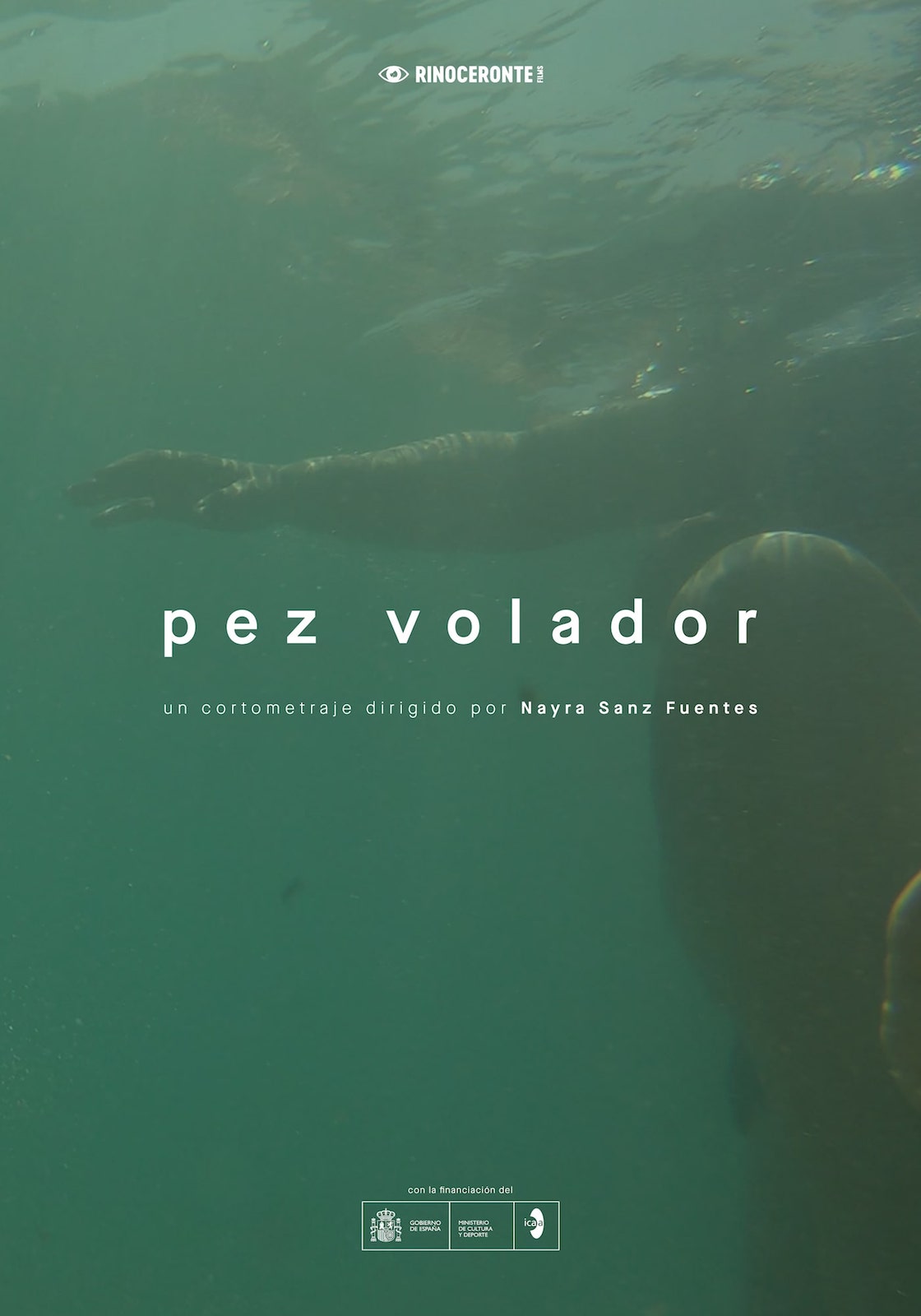 For thousands of centuries and in different cultures, flying fish have been understood as symbols of searching, freedom, and achievement. They are unique animals that swim and fly, that delve deep into the waters and pass through the air, reflecting the possibility of hope. Their transit has been understood as an observational journey through nature, but little by little the impact of human beings and technology is increasing, transforming and altering the environment…

Nayra Sanz Fuentes, independent filmmaker and producer, has a degree in Hispanic Philology, specializing in contemporary literature. She completed her Advanced Studies Diploma at the Humboldt University of Berlin thanks to a scholarship from the German Academic Exchange Service. Her study analyzes the National Socialist “ideal of the body” through the work of the filmmaker Leni Riefenstahl. She completed a Master of Film Directing in New York, where she began working on film productions.

Upon her return to Spain, she created the production company Rinoceronte Films focused on the production of cinematographic works and the development of cultural projects. At present, his filmography includes nine fiction and non-fiction short films: Flying Fish (2022), Drifts (2020), Selfie (2019), In Those Lands (2018), Sub Terrae (2017), Yet Another Day (2014), Things in Common (2011), Encounter (2010) and Anniversary (2009). They have participated in more than 300 national and international festivals, have been screened at universities such as City University of New York, Columbia University Chicago or Carleton College, in Minnesota, and have received numerous awards such as the Caracola Alcances from the Cádiz Documentary Film Festival, the Edward Snowden Award or the MiradasDoc Award, among others.

Her first feature film, As Old as the World (2012), won the Pre-Columbian Circle of Gold Award at the 29th Bogotá International Film Festival and has participated in multiple festivals, as well as being screened in cultural centers and universities.

Her latest works have been framed in the series Reached Dystopias. In them she approaches spaces that represent socio-political models of the contemporary world to establish a dialectic about the construction of our societies, based on the interrelation of nature, humanity and technology.

She has been the production director and editor of the feature film Edificio España (2014), nominated for the Goya Awards, and co-producer and co-screenwriter of The Hidden City (2018), winner of the Feroz Critics Award. She has also been a programmer for the CicloDocma in Matadero Madrid and collaborates as a teacher in educational centers such as the Master of Documentary Film at the School of Visual Arts LENS, the Master LAV (Madrid) and San Antonio de los Baños (Cuba), among others. Since 2016 she is the head of the Educational Section for Adolescents of the Lanzarote Film Festival, as well as the young jury. Currently she is also a programmer for the MiradasDoc Festival (Tenerife, Spain), focused on documentary film.